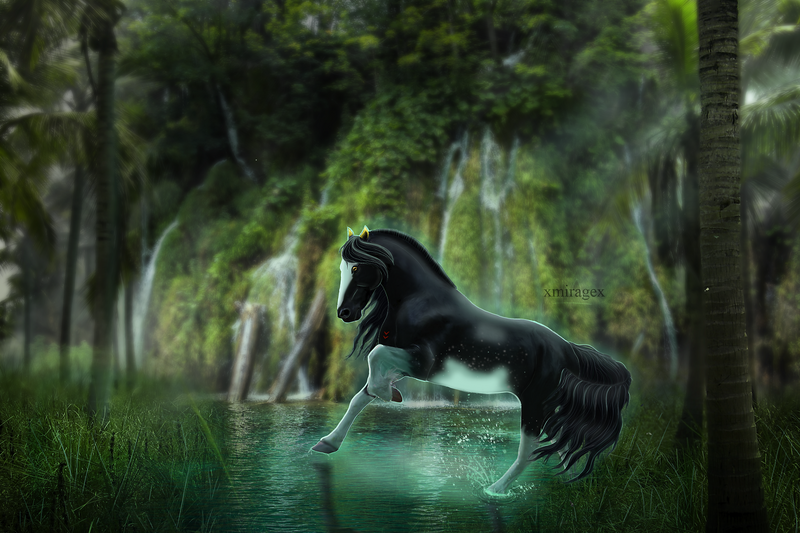 Markings: Gold-tipped ears, four white stockings, wide blaze, 2 red Vs on the right side of her chest 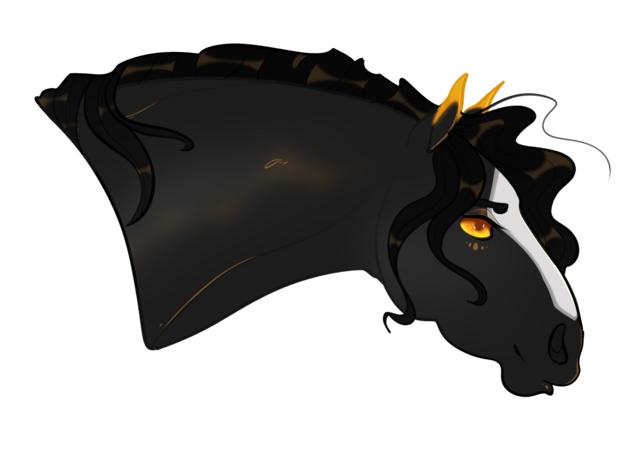 Titanya is quick to anger, but is also quick to take up the causes she (or those she cares about) believes in. She has a great sense of survivor's guilt for the Bellringer quest she was a part of, and believes she is a danger to Beqanna as a whole because of War's seal that she has been charged with keeping safe.

Birthed in the Dale alongside her twin brother Terran, both grew up thinking that Tiphon (rather than his son Tiberios) was their father. Titanya was always the more feisty twin, quick to anger and slow to recover. She loved Terran more than anyone and resented her parents for being emotionally and physically absent at times. When she was young, she heard the sound of bells ringing in her head and followed them only to get caught up in the Bellringer's quest. During the apocalyptic adventure, she faced the Four Horsemen and helped to reclaim and protect the seals that would banish them once again. At the end of the quest, Death struck her down with his hooves and "killed" her. When she awoke, however, she was charged with keeping the seal of War within her (as the other 3 protected Famine, Conquest, and Death's). She was also gifted with density manipulation.

Titanya abandoned Beqanna entirely after the quest, believing that she was protecting the realm by doing so. When she returned, she reunited with her twin Terran and his small clan of his mare Jinju and their son Ander. She lived with them in Taiga for a few years. She participated in the Alliance, earning tiger shifting. After Terran's death, she abandoned Beqanna again for several years, now as an old mare. She discovered her immortality was phoenix-based and was rebirthed as a young mare upon her return to Beqanna.

- Met Halcyon in the Meadow and taught him about hunting
- Traveled to Ischia and found Halcyon lived there alongside his mother, Aquaria. Decided to stay there for a time
- Competed in her second Alliance, facing Nashua in the first round and falling to Jamie in the second round. Earned her second red 'V' marking to go under the first one on the right side of her chest.
- Went back to Ischia after the Alliance and birthed her first children (despite not wanting children), twins, a female named Nekane and a male named Volos.
- Met Nashua, her Alliance competitor, one day as she was swimming in the River. On her way home after talking with him, she met a stranger named Mimicry who shifted into a tiger and spent the night with her.