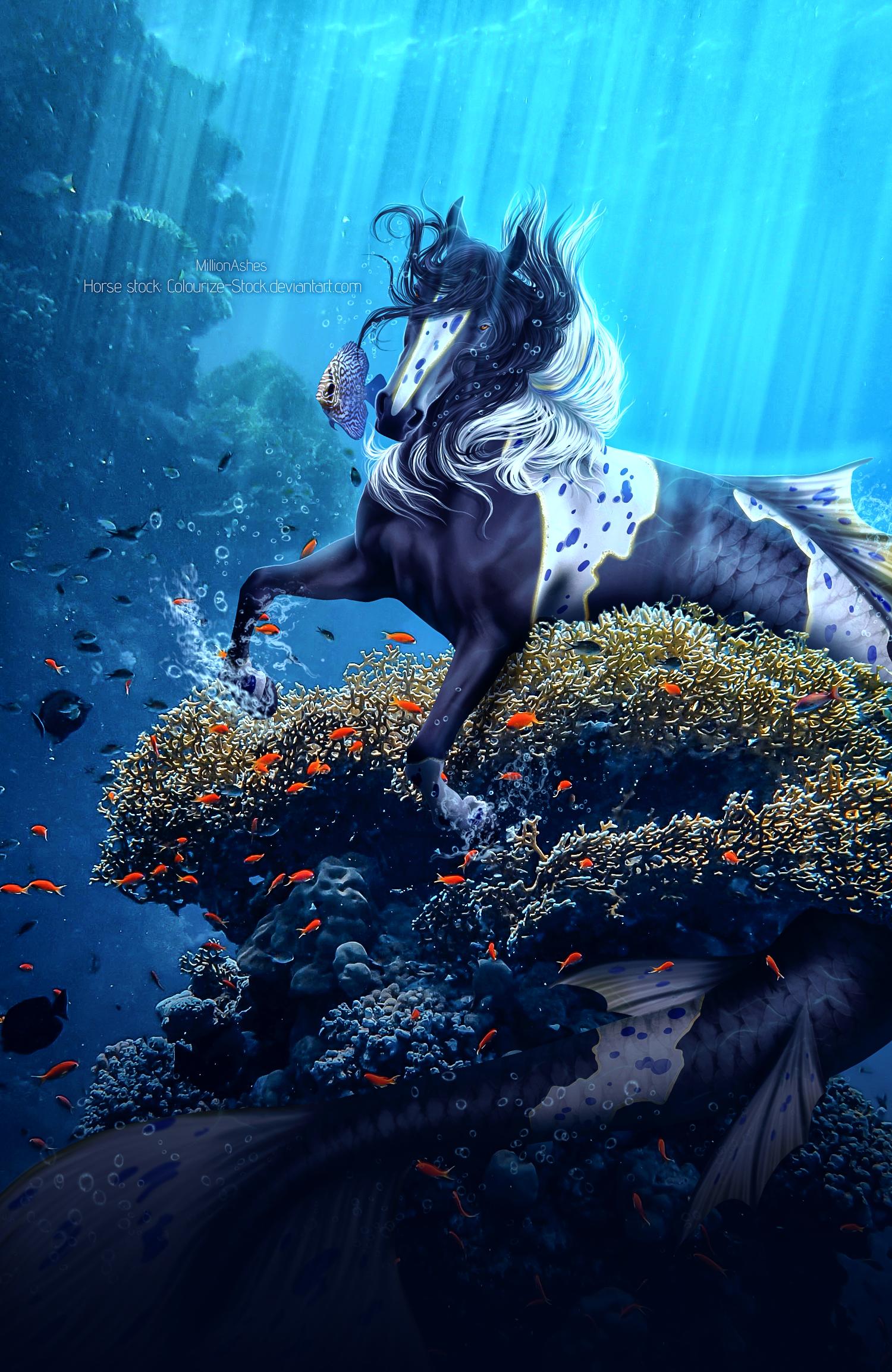 Lumina was born on the Ischian island of Kelpie. Her mother Breckin, held captive by use of Ivar's hypnosis, was killed when Lumina and her twin Lucena were too young to remember much of her. Lumina was raised by the other members of the herd with little contact from her father, and considers them her mothers. She was especially close to Raene and to her sister Delphi, and considers life in a kelpie herd to be normal and typical.

Though she displayed no traits as a foal (which disappointed her father and led to the eventual murder of her mother), Lumina's kelpie mimicry manifested in adulthood as enhanced physical attraction, gills, and the ability to shift to having a fish tail while in the water. Having always been curious about the nereids that lived on the main island of Ischia, Lumina prefers to identify as a nereid rather than a kelpie since the attributes she displays belong to both branches of the aquatic equine family.

When her father was imprisoned by Brennen for his many crimes, Lumina took the chance to leave Kelpie - and Ischia - for the first time. The first place she chose to visit was Icicle Isle, where she met Leilan.